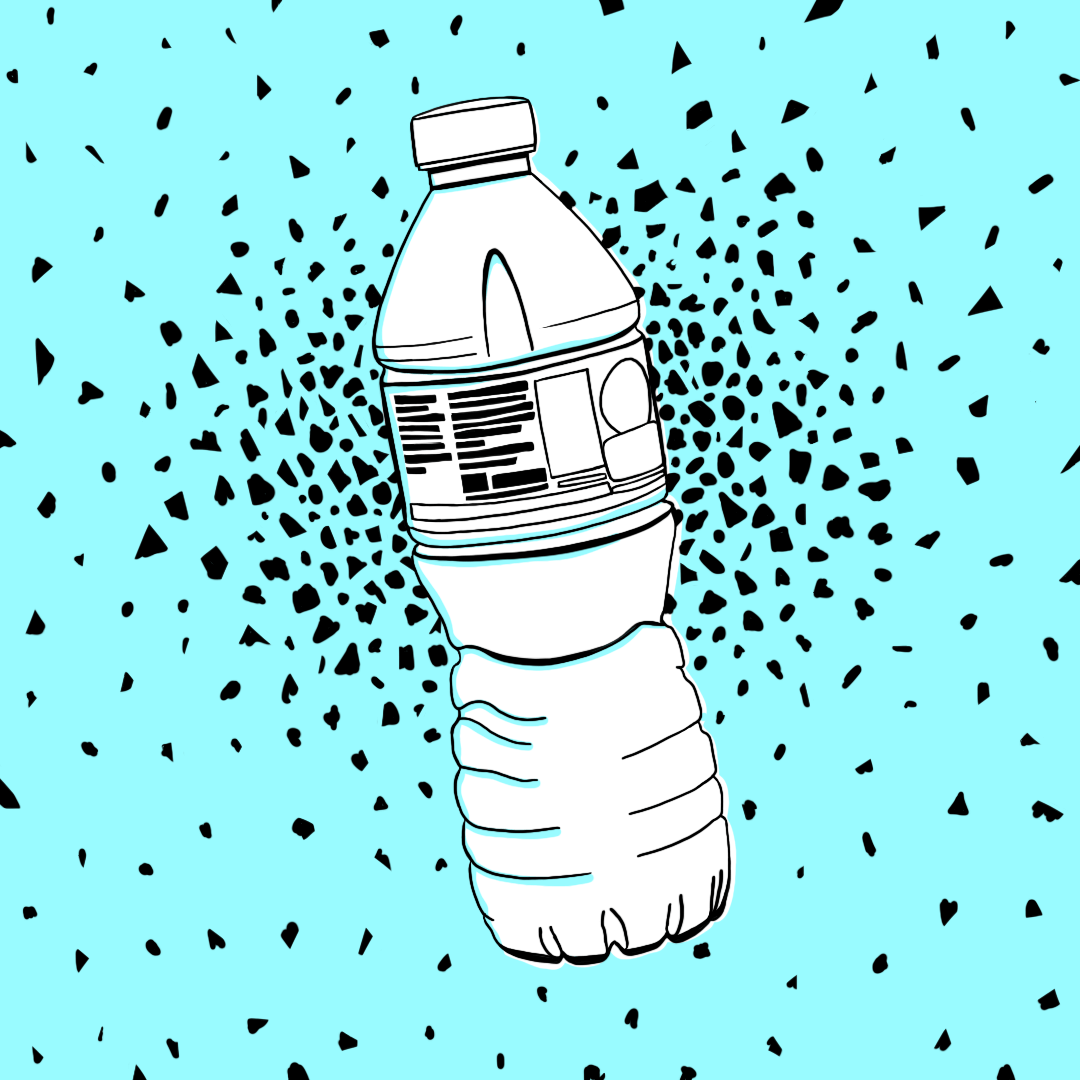 What's the big deal with plastic?

Plastic, particularly single-use plastic, is a hot topic these days. It’s ending up in our rivers and oceans in mass quantities, resulting in the Great Pacific Garbage Patch. Plastic takes hundreds of years (source) to biodegrade—even longer if it’s trapped in a landfill, which slows down the decomposition process. In the water, it never completely biodegrades. Instead, it breaks down into smaller pieces and poisons aquatic life who mistake these microplastics for food.

Also, chemicals in plastic are endocrine disruptors. This impacts the sea life who are eating the plastic, by negatively affecting their reproductive development. Humans get a double dose of these toxins, as those who eat seafood consume it as well as absorb it from our plastic-filled environments.

Another concern is China’s recent ban on plastics. Surprisingly, there aren’t any plastic recycling plants in the U.S. We’ve depended on exporting plastic to China and other countries for decades. That’s why it was so newsworthy when China started refusing lower quality plastics. Plastic recycling is flawed for a few reasons, which is why zero waste living focuses on less recycling, not more. First, plastic can only be recycled once. It can’t be continuously recycled like glass and aluminum. Second, recycling plastic is a costly and intensive process. It’s cheaper to buy new plastic, so companies don’t have a financial incentive to purchase recycled plastic. With the low demand for recycled plastic, there’s nowhere for it to go. We have more than we know what to do with. The best we can do is limit plastic as much as possible and show consumer demand for more sustainable solutions.

Lots and lots of plastic

Last year, I toured a local recycling facility. Here's what a half day of recycling in Berkeley, CA looks like—and this facility shares pickup with another facility, so this isn't everything. On top of that, most plastic isn't even lucky enough to be recycled. Surprisingly, 91% of plastic isn't recycled. 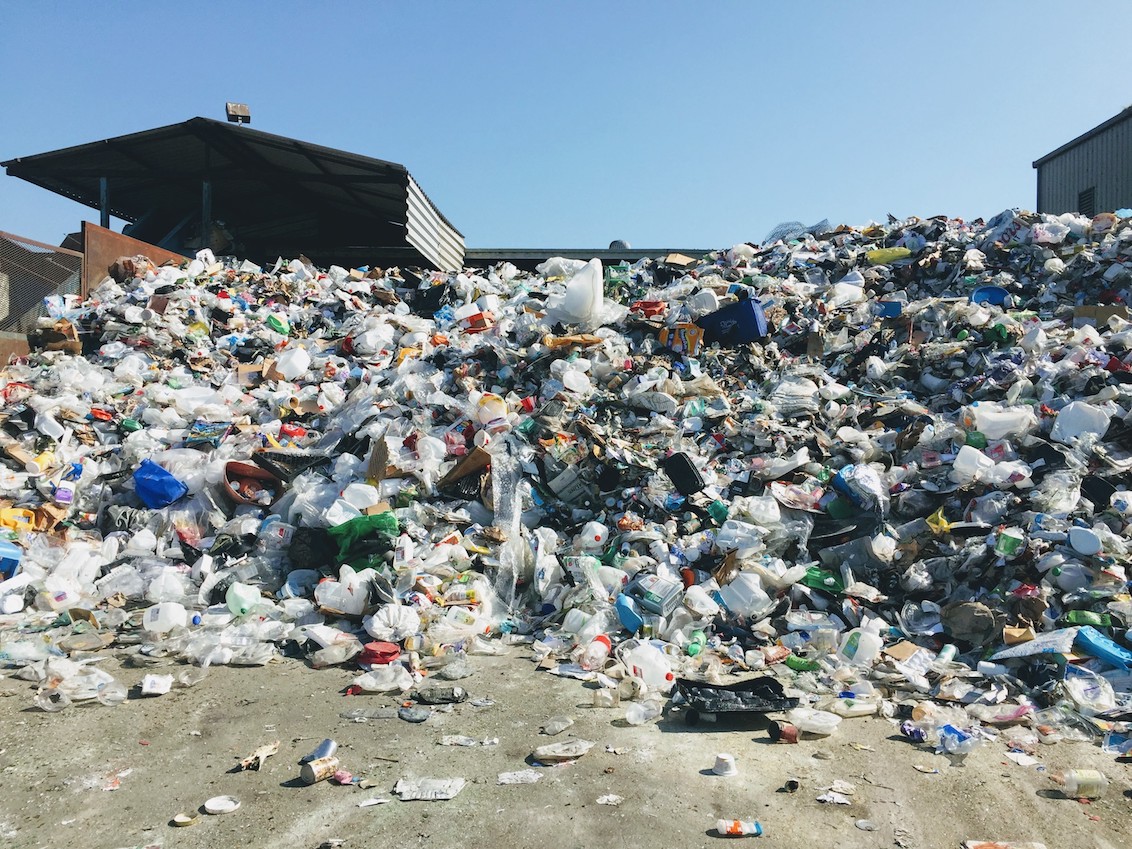 Why do we have so much plastic? Where did it come from?

Plastic is a polymer. There were some early natural polymers created in the 1800s, but the first synthetic plastic was invented in 1907. In Yonkers, New York, Leo Henricus Arthur Baekeland invented this early form of plastic called Bakelite. It was used to make phones, billiard balls, and kitchenware, but it wasn’t as prolific as it is today. It was mainly used in the military. After World War II ended, the plastic folks needed to figure out a new use for this material. So, they formed a trade group and crafted a marketing plan to get companies interested in using plastic. In 1946, there was a 1946 National Plastics Exposition, a convention which showed the public the “cool new plastic products”. Around this time, there was a general sense of abundance and overconsumption, so it was a perfect storm of factors which led to a demand for plastic. Annual global plastic production is about 165x more today than 1950. (Plastic Purge, page 24).

Is all plastic bad?

Plastic isn’t inherently bad, it has just overwhelmingly taken over the planet. We definitely don’t need as much as we’re consuming, and it’s much more efficient to focus on reusables. It’s cheap to produce, versatile, and has seemingly endless applications. Plastic items I still use and like: computer, tablet, phone, TV, etc. But they're all reusable, at least. Yes, they could be designed more sustainably, with modular components that are easier to repair. But there are low-hanging fruits to consider first; there are a lot of single-use plastics I can live without. Cutting out those is the best place to start.

13 Insights from the Recycling Update 2020

The latest on recycling and composting, with a focus on California.
Hope Armstrong
Read More
Food

Did you know tea bags are commonly made of plastic? I share my favorite plastic-free tea bag brands as well as tools that make it easier to manage loose leaf teas.
Hope Armstrong
Read More
Resources

My favorite books on sustainability plus a list of books I want to read next.
Hope Armstrong

Stumped on a zero waste quandary? I wanna hear about it!